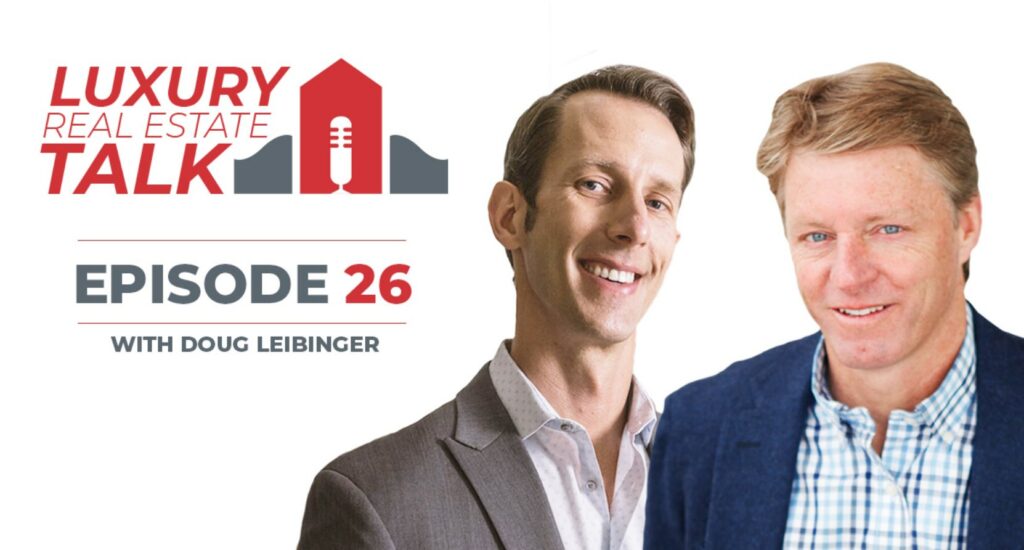 With telecommuting on the rise, many luxury buyers are choosing to move to greener pastures.

In this episode, I interview Doug Leibinger, a Compass Broker Associate and top producer in Aspen, Colorado.

Get the inside scoop on buying and selling luxury real estate in this international ski resort town, which is famous for its breathtaking views and year-round outdoor recreation.

***ABOUT THIS WEEK’S GUEST***
Doug Leibinger has proudly helped some of the most accomplished people from around the world find their place in the Roaring Fork Valley. The Wall Street Journal/Real Trends has recognized Doug as one of the Top 125 Brokers in the United States and as a top-five broker in Colorado. Doug has worked with both buyers and sellers to assist with over 3/4 of a billion dollars in transactions. Clients from across the globe—Hong Kong, London, Sydney, and San Paulo—as well as around the United States choose to work with Doug for his business acumen, affinity for technology, and professionalism. Solid relationships with local architects, builders, designers, and landscapers help Doug assist his clients and proved instrumental in several high-end developments. The Doug Leibinger Team was named the #1 sales team in the Aspen Valley in 2016, 2017 and 2018 with over $800 million in sales volume.

***ABOUT THE SHOW***
Welcome to Luxury Real Estate Talk, where you get expert advice on buying and selling Luxury Real Estate. Learn from the best and brightest real estate agents, brokers, and other professionals, as they share real-life stories about the art and business of listing, marketing, selling, and buying high-end homes. Through casual but insightful conversations, the Talk’s host Rob Jensen will help you master your understanding of the luxury real estate market.

Rob is the president and owner/broker of the Rob Jensen Company, which exclusively specializes in working with buyers and sellers in 42 guard gated and select gated communities in Summerlin, Las Vegas, and Henderson, Nevada. Rob’s 15+ years of local industry expertise have made him a sought after real estate expert source with the media. He has served as a guest commentator for numerous national broadcast television networks including MSNBC and BRAVO. He has also provided content and commentary to The Wall Street Journal, Forbes.com, BusinessWeek.com, the Las Vegas Review-Journal, Real Estate Executive magazine, Growing Wealth magazine, and the Los Angeles Times, among others. Additionally, Rob has penned a recurring monthly real estate column for the Las Vegas Business Press.

The newsletter that lets you inside the gates